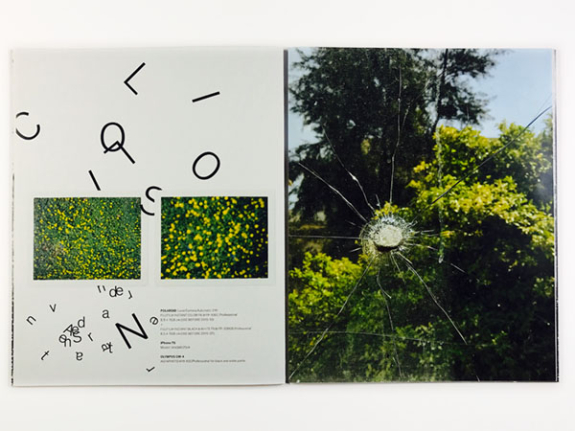 Two photographic subjects collide in this album for art and photography appreciators: slightly blurry images of colorful flowers collide with images of razor-sharp fractures of broken glass collected by the author over the years on different occasions: a bullet hole in a University in Athens, evidence of an attempted burglary in Vienna, shop windows smashed during the protests of the Gilets Jaunes in Paris in 2019 .

The different photographic formats speak to the way in which we move in a city while searching and finding images with smart phones always at hand for shooting an unexpected discovery; or creating a carefully arranged shot for a camera on a tripod;
or employing the cumbersome process of taking a polaroid picture while estimating the time of the photographic development in relation to the outside temperature while carrying around a sack in which to dispose of chemical waste.