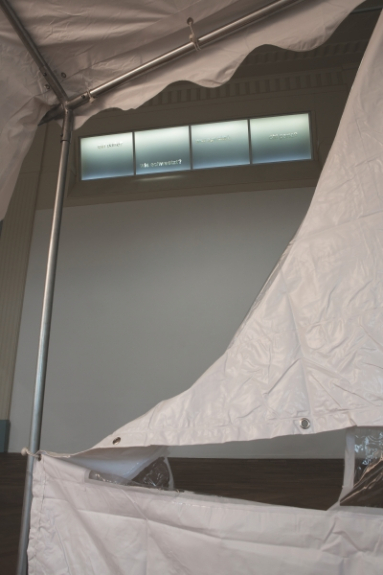 Andrea van der Straeten conceived of the two exhibitions - in Linz and Luxembourg - as a sequence of rooms in which she interlaces works from different contexts of origin. This results in a special parcours-without any claim to being a retrospective-that covers van der Straeten's work to date. She has, however, added something special, developing a project for each of the two locations involved. For Linz she realised the video installation [as if]; for Luxembourg the work Abend Land Morgen Rot and, in addition, there is Die Familie der Bilder which links the two institutions.

The artist, who was born in Trier, Germany, has been living in Vienna since 1987. She is a professor at the Kunstuniversität in Linz and head of the department of experimental design at the Institut für Bildende Kunst und Kulturwissenschaften.