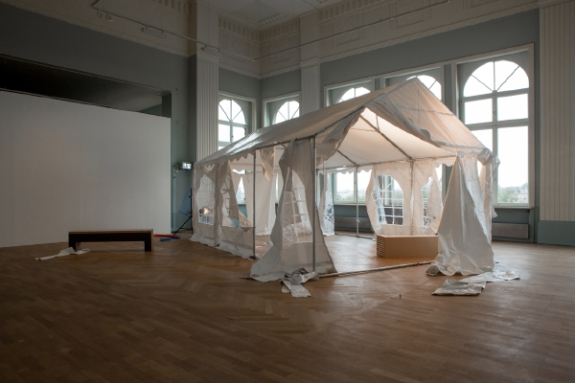 Andrea van der Straeten conceived of the two exhibitions—in Linz and Luxembourg—as a sequence of rooms in which she interlaces works from different contexts of origin. This results in a special parcours-without any claim to being a retrospective-that covers van der Straeten's work to date. She has, however, added something special, developing a project for each of the two locations involved. For Linz she realised the video installation [as if]; for Luxembourg the work Abend Land Morgen Rot and, in addition, there is Die Familie der Bilder which links the two institutions.