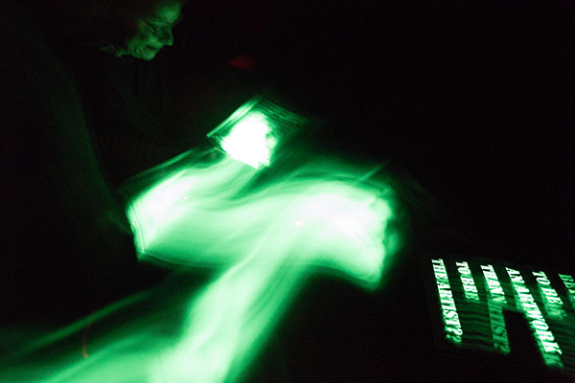 In 1866 Gustave Courbet sold his painting - known as L'Origine du monde. This was an artwork of such scandalous impact, that it has been hidden from the public for 129 years. When a female artist sat down on the floor of Musée d'Orsay in Paris in 2014 and showed to the visitors what could be seen on the painting behind her she got arrested. Langsame Augen [Slow Eyes] questions the afterimage of a visual icon as well as role models in the artworld: Is it much better to be an artwork, than to be the artist?

See also: olliwood.com
Or listen to the interview by: Yale University Radio