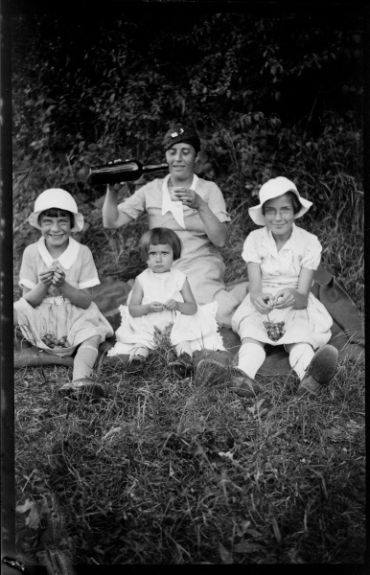 1933—the year in which Hitler took power. Six photographs from the summer of that year show the artist’s mother as a two-year-old with her parents and sisters picnicking in the country. The pictures show a happy excursion with a family atmosphere. It is only with closer scrutiny that the signs of political change can be seen in everyday life, although their appearance might suggest a playful lack of seriousness rather than political conviction.