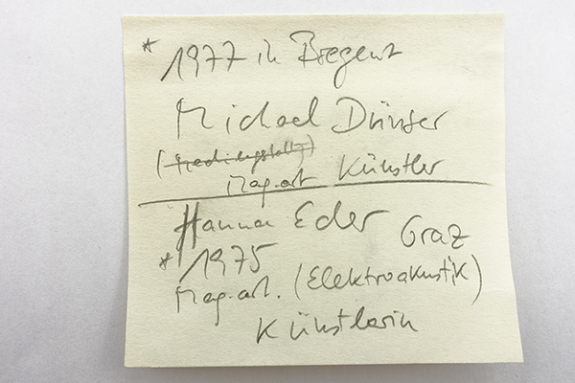 A Din A 4 page of handwritten text was given to two hand writing experts (both qualified
graphologists of the Austrian Society for Graphology and Handwriting Assessment and the
Association of German Graphologists) for separate, independent appraisal. The identical piece
of writing was in one case said to be by a man named Michael Dünser and in the other by a
woman named Hanna Eder. The educational background and age of both was virtually identical.
The assessment was to focus on the person's suitability for collaboration in an artistic project.
The appraisals received were then copied out in the same handwriting that the graphologists
had originally been given to assess.